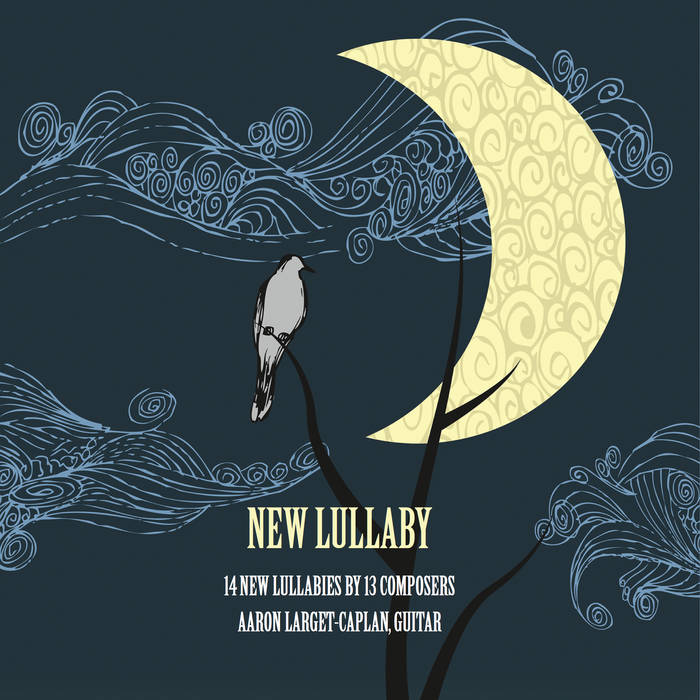 "This is not some godawful Classics-for-Baby CD" – Fanfare

Contemporary miniatures for solo guitar in the genre of a lullaby.
Commissioned by Aaron Larget-Caplan for his New Lullaby Project. Lullabies inspired by a leaky roof, Adam & Eve, falling asleep in front of your television, or even a lullaby you shouldn't hear the end of as you should be asleep. Minimalist, polyphonic, scordatura, extended techniques and more.

Background:
In late 2006 I began asking composers for solos in the genre of a lullaby for guitar solo. I had found that the public was generally intimidated by contemporary music and that composers were afraid to write for the guitar, and Who's Afraid of a Lullaby?!

I premiered the first in 2007 with many concerts including new lullabies over the following seasons, including a few All-New Lullaby concerts. This album was going to be culmination of the New Lullaby Project, but after its release I kept receiving more and more lullabies.
Two more are featured on my 2015 release 'the legend of Hagoromo' (Stone Records UK), and at least two more albums devoted to the new works will be issued in 2020 and 2021. An anthology of the scores will be issued in 2020 as well.

Aaron Larget-Caplan, Producer and Guitarist
John Weston, Engineer
Recorded at Futura Productions, Roslindale, MA
Compositions are available either through the composers or their publishers