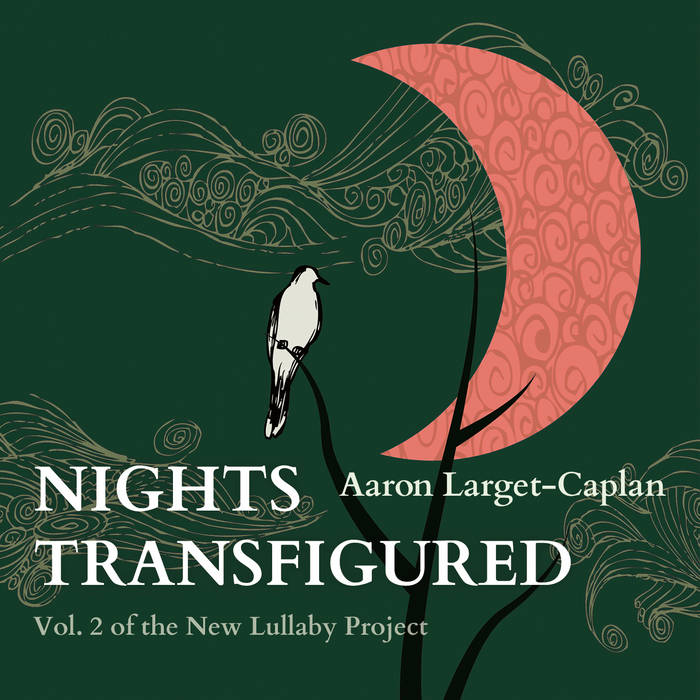 danlippel A great collection that is a wonderful documentation of the laudable work Aaron does with composers expanding the repertoire and broadening the aesthetics of the instrument. Beautifully played and produced! Favorite track: Reva's Lullaby by Vineet Shende.

This is the 2nd album dedicated to compositions premiered since 2007 for my New Lullaby Project.

On the 2010 album New Lullaby, the first volume of the New Lullaby Project, a distinction between warm and dark lullabies was clear. I organized the album to move loosely from warm to dark to silent, but in ‘Nights Transfigured’ each possess soupçons of melancholy, shadows of warmth, and inward contemplations, reflecting the times when they were created, between 2011-2020.

They are lullabies of passage and being, longing and loneliness, marking time, memory, and yet these sonorous landscapes are also inhabited by warmth, hope, and peace. They are life.

We have magical wordless sounds organized by humans as drops of ink on a page and played on a golden instrument of heaven in my arms that can transport us from one world to another and transfigure nights, when we only but listen.

Lorca wrote that each moonlit night is identical to another, yet distinct. In other words: a lullaby is a lullaby, but each lullaby is its own.

NOTE: Scores for many of the works on the album can be found in the anthology 'Nights Transfigured, Vol. 1 of the New Lullaby Project' published by the American Composers Alliance.
Visit the Merch page to purchase: alcguitar.bandcamp.com/merch